On the edge of the pretty village of Lymm, surrounded by farmland and the Manchester Ship Canal, Lymm Golf Club provides a peaceful haven for golfers.

Recognised as one of Cheshire's finest clubs, it boasts an inclusive membership of golfers of all abilities, ages and gender. The significant ongoing programme of course improvements and rigorous maintenance schedule ensure that the award winning course is in great condition all year round. 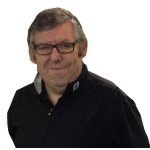 I returned to Lymm as pro in 1991 - a year which saw me become the Manchester and District stroke play champion and in 2007 was given the honour of becoming the Cheshire and North Wales P.G.A Captain.

My aim is to continue to provide a friendly informative and professional service to Lymm Golf Club by building a great rapport and relationship with both members and visitors alike. 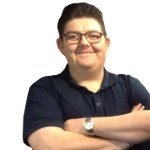 Paul Verrinder - Assistant Professional
Steve is assisted in the Pro Shop by Paul Verrinder (better known as Fizzer) who specialises in club repairs and custom fitting.

Paul’s previous experience was gained whilst working for several of the major golf equipment manufacturers. He has been with Lymm for over 20 years and can be relied on for his vast knowledge of golf club assembly and fitting. 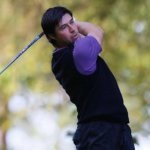 Graham Cox - PGA Professional
15 years experience as golf professional, both teaching & playing tournament golf. Expert tuition available in all areas, including short game & putting. Driving & iron play. On course lessons are also available & a one of the most popular.
Book a Lesson Book a Club Fitting

Don't miss updates from us.

Thank you for signing up.

One last step - You will receive an email from us in the next few minutes. Please click the link to confirm you are happy to receive our weekly newsletter.